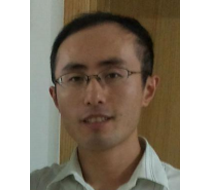 He is the chair of the National Natural Science Foundation of China (NSFC), the Excellence and Innovation of CCF-Tencent Rhino-bird Open Fund，the Youth Innovation Fund Project of the National Research Center for Information Science and Technology (NRCIT), etc. He has published more than 90 papers, which were cited more than 1600 times and appeared 4 times on the cover of major domestic and international journals, such as Science China: Information Science, Newsletter of the Chinese Computer Society, IEEE Journal of Cloud Computing, and Tsinghua Journal. Many his research results have been adopted by Baidu, Tencent, Xiaomi and other companies, and over 100 million users are benefited. He was awarded the first prize of China University Press Award in 2009, CAAI PhD Thesis Award in 2015, the first Prize of Natural Sciences, Ministry of Education in 2015, the Excellence Award of CCF-Tencent Rhino-bird Open Fund in 2016, the Best Student Paper Award of ACM MMSys in 2017, the Excellent Paper Award of Tsinghua Science and Technology in 2019, the Best Demo Award of ACM MobiCom in 2019, etc.